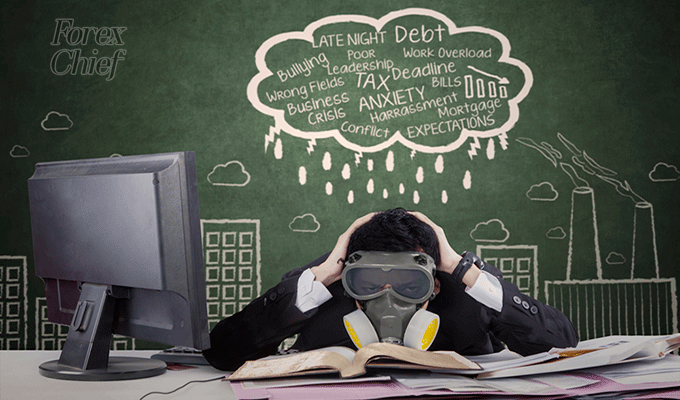 Just a few years before the mortgage crisis, the US lending market was booming. Low discount rates set by FRS made money highly available for banks and, as a result, for people. The lending market that grew up significantly led to a boom in the real estate market: the demand went up dramatically. Construction industry could not satisfy such a rapidly growing demand, and so real estate prices began to go up. Availability of money and steadily growing prices attracted additional capital - foreign - to the market. It is natural that the system build according to the scheme of financial pyramid could not exist forever.

The practice of substandard crediting generated by the lending market boom lead to an increase in the number of real estate owners. This way, as early as in 2004, the share of residential property owners was approaching 70%. Real estate units, themselves, also grew in value: for 10 years between 1997 and 2006, that growth was 124%. If before 2001, the income level of an average American family was about 3 times below the average cost of housing, then by 2006, that gap grew to 4 times, and up to 4.6 times by 2007! Mortgage loans with floating interest rates, when the rate was set to the minimum low level at initial payment periods and grew afterwards, led to the growth of refinanced mortgage loans. That means that the borrower received a new loan on the terms that were favorable at the initial period; so he/she repaid the initial mortgage loan at its cost. Besides, one could get the so called second-lien mortgage loan against the increase of the market value of a real estate unit. If in 1990 the correlation between the aggregate outstanding amount of private households and total annual income was only 77%, then by 2008 it grew to 124%! In particular, the total outstanding amount of mortgage loans in regard to the country's GDP grew from 46 to 73% during those years and was as high as 10.5 trillion US dollars. Within 7 years preceding the crisis, with practically no growth of earnings, the average value of mortgage loan debts of only one private household grew by 63.4% and was almost 150 thousand US dollars.

By the middle of 2006, real estate market was overflowing: construction boom caused by the growth of prices led to saturation and overstocking of the market. As a result, prices for houses began to decline, and banks increased the interest rate under distributed mortgage loans with floating rate. It became impossible to obtain refinancing of mortgage loans. The number of borrowers that were not able to fulfill their debt obligations grew dramatically, banks put up mortgaged residential property for sale. That means that additional real estate units were placed in the market that was already overstocked, and the prices went down even more. Moreover, a decline in payments for credits also led to the fall of mortgage securities prices. All of that had a negative effect on the financial stability of banking institutions, making a new vicious circle: the constructed mechanism began to revolve in the opposite direction. As early as in September of 2008, fall of prices for residential property in the USA reached 20%. In actuality, American house-owners lost almost 5 trillion dollars due to such a drop-down of prices.

Such a decline of prices led to the situation when the difference between market price for real estate units purchased under mortgage loans and aggregate volumes of mortgage payments became zero or even negative for many borrowers. That is why it became more convenient to refuse from fulfilling loan obligations and give up mortgaged property: as a rule, when mortgage loans in the USA are provided, creditor has no right to collect borrower's other property except keeping a deposit. "The wheel" was spinning faster and faster: selling mortgaged property under outstanding mortgage loans, banks increased the number of real estate units in the market that was already overstocked. As early as in the beginning of 2008, the number of unsold new units for the month exceeded the number of those sold for the previous month, which at the end of 2007 exceeded almost in 10 times. In addition to that, practically 4 million residential property units were put out to the secondary market, and almost 3 million of them were untenanted. All of that actually dropped down prices in the market in the period from the middle of 2006 when the market value of residential property reached its maximum and until the end of 2010 when the prices for residential property in the USA declined, generally, by 26%. It is notable that even during the time of the Great Depression, general drop-down of prices for houses did not exceed the mark of 25.9%.

The mortgage crisis affected not only borrowers and their creditors, real estate market and, directly, US construction industry but another side of the "pyramid" - insurance companies. Creditors' prospective losses were insured with the help of special financial instruments - credit default swaps. Moreover, these swaps alone are articles of commerce and are purchased for speculative purposes. When the extent of the crisis became serious, it became clear that insurance companies would have to provide payments under their insurance obligations. Meanwhile, the aggregate volume of obligations covered by such swaps, as early as in 2008, reached almost 3.5 trillion dollars. Insurance companies could not fulfill their obligations and had to either expand the area of their activity by means of purchasing additional assets or file for bankruptcy, or ask FRS for financial assistance. In essence, the crisis put a stop to the existence of American overspecialized insurance companies.

During the mortgage boom, operations at the loan market were so profitable that a significant part of these operations was not carried out by financial institutions at their own expense, nor with the help of capital (own or even borrowed), but at the expense of borrowed funds. Non-payment of mortgage loans to one bank actually created a "domino" effect: the creditor was not able to repay his debt to another institution any more where he played the role of the borrower this time. In the result, the following happened: bankruptcy of financial institutions, their voluntary or forced merger, or getting assistance from FRS, and transition under its control. In 2008, the situation in the banking market was really tragic: the total debt of five "pillars" of the US investment system - the largest banks - exceeded 4 trillion dollars. In this regard, national GDP was 14 trillion and the size of the national debt was 10 trillion by the results of September of the same year. Taking into account the debts of two insurance giants, the aggregate debt amount reached 9 trillion!

The situation with smaller banks was not significantly different: in 2008, 25 American banks went into bankruptcy and were bought for a song by the Federal Deposit Insurance Corporation - a nominal government institution that is essentially a system in submission to FRS. Seven months later 77 more banks joined the ranks of bankrupts. It is notable that as early as in 2004, Federal Reserve Chair actively pleaded with banks to increase substandard loans and take more dynamic action in the mortgage market as if giving guarantee of compensating possible losses by FRS. However, the situation was actually similar to that of Hameln's Rat Catcher: banks literally doomed themselves for destruction when led by enticing perspectives made by FRS and, allegedly, on its security.

The crisis resulted in the reduction of the value of American’s pension accruals - from 2006 to 2008, the aggregate volume of those accruals decreased by 22% - by 1.3 trillion dollars. The total amount of other private investments and savings decreased by 1.2 trillion dollars. Altogether, the estimated amount of losses was 8.3 trillion dollars. Automobile industry was also affected: the number of sold cars declined by 5 million annually due to the crisis in the lending market. The number of the unemployed grew by 6 million in 2008 alone! However, the most serious crisis consequences in the US financial area was bankruptcy of American banking system "pillars" and "nationalization" of two largest US mortgage agencies: Freddie Max и Fannie Mae, as well as such an insurance giant as AIG. Such banks as Beat Stear and Lahman Brothers went into bankruptcy, and Bank of America took over Merill Lynch. In actuality, the country's largest banks either disappeared or became the property of FRS, or came into complete financial dependence on it: FRS established the foundation for redemption of so called bad debts that arose during the crisis, which it induced. In essence, the whole mortgage crisis made it possible for FRS not only to enrich itself even more, but virtually completely gain possession of all financial control levers in the country.